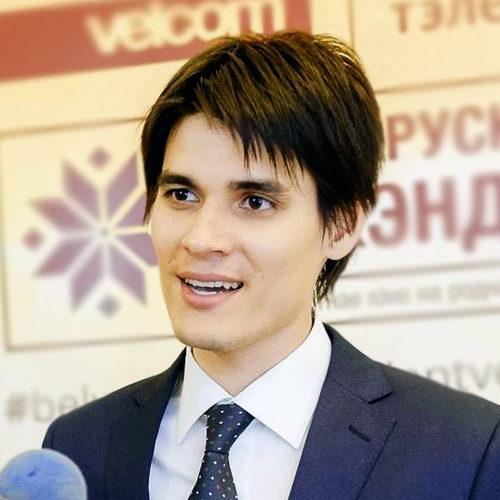 Andrey Kim is a media manager and public figure.

Andrey conducted a number of successful media education campaigns in Belarus to promote the Belarusian language and culture. Since 2007 he has been managing the “KinaKong” project, where he and his team are dubbing feature and animated films into Belarusian. He is the author of the project “Belarusian Weekends”, which has created a wide resonance and sold-out cinemas in Belarus. He is the director of several publishing projects, including the Belarusian translation of Clive Lewis’s “The Chronicles of Narnia”.

In 2019 he was awarded with the Media Person of the Year.

Andrey Kim – the author of the project “1517”, where large-scale activities and evangelization were implemented.

In 2008, he was sentenced to 1.5 years in prison for active participation in the political life of Belarus. After his release, he initiated a media campaign in support of Belarusian political prisoners “Postcard”.

Andrey and his wife Nadzeya have two sons.