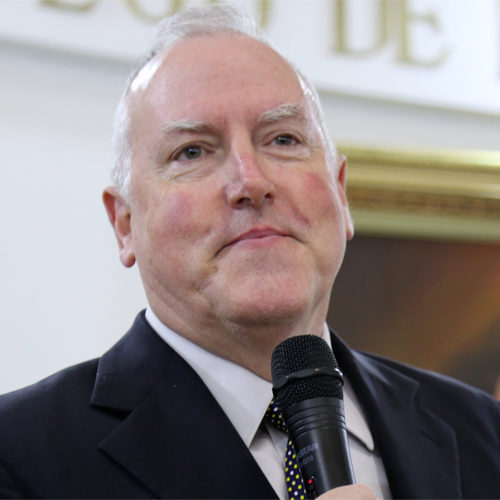 Dr. Mark Beliles is a historian, pastor, international speaker and writer who has been to over 60 nations. He is a president of the Global Transformation Network. His research focuses on historical and biblical best practices that have transformed nations. His books include “National Transformation” and a 5-part series: “Christ’s Strategy to Disciple Nations.” Many are translated in other languages. Dr. Mark has advised and spoken in the highest levels of governments, universities, and businesses around the world.

He founded Grace Covenant Church in 1981 and as a pastor has organized many major religious events at their local community and at the University of Virginia – such as an annual City Prayer Breakfast for religious and civic leaders, and a religious service in the downtown amphitheater two days after the September 11 terrorist attack in 2001. He also co-founded and led for many years the Central Virginia Council of Pastors and Christian Leaders, and served on the founding board of the Pregnancy Centers of Central Virginia. He has worked on improving race relations in Virginia and nationally as an adviser to African-American churches and facilitator of reconciliation leadership summits that have included the King family, Andrew Young and other civil rights leaders. Beliles received an award from the government of South Africa for his help in their transition away from Apartheid.