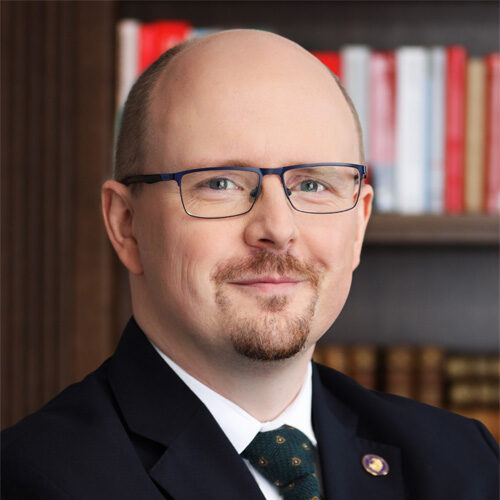 president of the Management Board of the Ordo Iuris Institute
https://ordoiuris.pl/adw-jerzy-kwasniewski

Jerzy Kwaśniewski is a president of the Management Board and co-founder of the Ordo Iuris Institute, chairman of the Foundation Council. A graduate of the Faculty of Law and Administration at the University of Warsaw, a scholarship holder at the University of Copenhagen (international commercial law, comparative constitutional law), completed courses organized by the Center for Ethics and Culture of the Notre Dame University, Catholic University of Leuven.

He has many years of experience in civil and criminal proceedings in the field of protection of civil rights and freedoms, family rights and children’s rights. In his practice, he advises national and international associations, foundations, cooperatives and business organizations.

He has represented citizens and civil society organizations in many precedent-setting cases before national and international courts and tribunals, and participated in consultations at the invitation of international bodies such as the Venice Commission or the OSCE Office for Democratic Institutions and Human Rights. His support was used by many organizations that contributed to the public debate in the field of human rights. In 2016, he was the deputy representative of the “Stop Abortion” Legislative Initiative Committee.

Jerzy Kwaśniewski was appointed to the advisory boards of four ministers of justice, including the Council for the Modernization of the Justice Area in Poland and the Council for the Protection of Autonomy and Family Life. He is a member and secretary of the governmental Monitoring Council for the Prevention of Domestic Violence in the 3rd and 4th term of office since 2017.

Regularly mentioned as one of the most influential Polish lawyers. He is counted among the “28 most powerful people in Europe in 2021” by “Politico”.

He and his wife Beata have a large family.