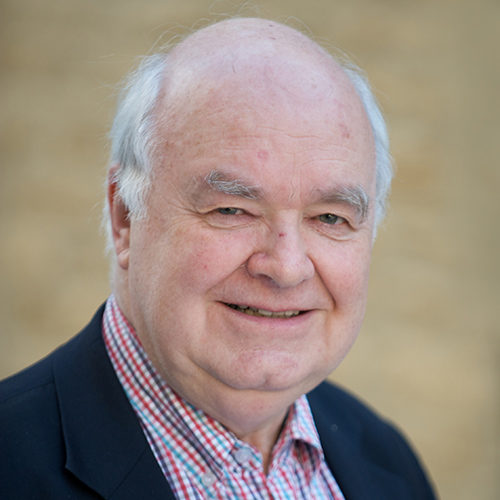 John Lennox is Professor of Mathematics (emeritus) at Oxford University and Fellow in Mathematics and Philosophy of Science at Green Templeton College, Oxford. He is also an Associate Fellow of the Said Business School, Oxford University, and teaches for the Oxford Strategic Leadership Programme. He is also an Adjunct Professor of the OCCA The Oxford Centre for Christian Apologetics.

Professor Lennox is particularly interested in the interface of science, philosophy, and theology and his books include 2084: Artificial Intelligence and the Future of Humanity, Where is God in a Coronavirus World?, Can Science Explain Everything?, Against the Flow (on Daniel), Seven Days that Divide the World (on Genesis 1), Gunning for God (on the new atheism),Stephen Hawking and God (a response to The Grand Design) and God’s Undertaker: Has Science Buried God?.

He has debated a number of prominent atheists, including Richard Dawkins, Christopher Hitchens, and Peter Singer.